MSC Cruises is one of the world’s fastest growing cruise lines and they just signed a deal to bring one of their newest ships to the Red Sea and Arabian Gulf. MSC Cruises and Cruise Saudi agreed on a five year deal for preferential berthing rights at the port of Jeddah as MSC Bellissima is […] The post MSC Cruises, Cruise Saudi Sign 5-Year Deal with Port of Jeddah appeared first on Porthole Cruise . 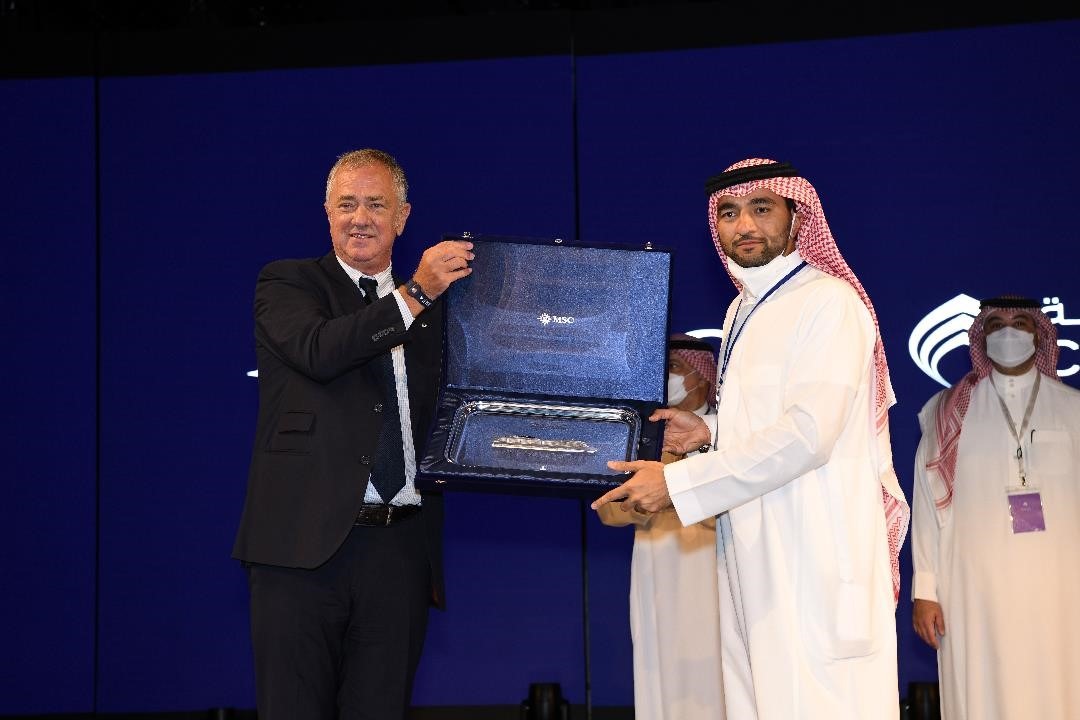 MSC Cruises is one of the world’s fastest growing cruise lines and they just signed a deal to bring one of their newest ships to the Red Sea and Arabian Gulf. MSC Cruises and Cruise Saudi agreed on a five year deal for preferential berthing rights at the port of Jeddah as MSC Bellissima is set to begin its inaugural season in the Red Sea with 3- and 4-night cruises from Jeddah, Saudi Arabia to both Egypt and Jordan until the end of October.

The announcement was made today in Jeddah  on board MSC Bellissima and was hosted by Pierfrancesco Vago, Executive Chairman of MSC Cruises and Fawaz Farooqui, Managing Director of Cruise Saudi, for local dignitaries, senior officials from the Saudi Tourism Authority, Cruise Saudi, the Saudi Ports Authority – Mawani as well as members of the Saudi Arabian media and travel community.

“This is a very special, historic day for all of us. The largest and most modern cruise ship to operate in the Red Sea has set sail from Jeddah’s new terminal to mark a new beginning for cruising in Saudi Arabia and, more broadly, for its growing tourism industry,” said Pierfrancesco Vago. “We can now allow our global guest base to come and experience our unique itineraries in this beautiful country with its historic UNESCO World Heritage sites and pristine shores. And with the new agreement in place, together with Cruise Saudi we will work in unison to develop this very special aspect of Saudi Arabia’s determined and sustainable growth in tourism which mirrors exactly our own strategy and ambition. And we will work together in attracting guests from all corners of the world as well as local markets for a Red Sea and Arabian Gulf holiday like no other on board our modern and environmentally high performing vessels.”

Mark Robinson, the Chief Operations & Commercial Officer of Cruise Saudi, outlined how the important milestone would help benefit tourism in the region.

“This event marks a great milestone for Cruise Saudi, and indeed for the tourism industry in Saudi Arabia, in line with Vision 2030. The creation of Cruise Saudi, tasked with launching the cruise industry in Saudi Arabia, happened just six months ago at FII in Riyadh. Yet in these few months we have been able to work with international partners such as the Cruise Division of MSC Group and national bodies such as the Saudi Ports Authority, MAWANI, the Red Sea Gateway Terminal, the Saudi Tourism Authority, the Ministries of Transport, Culture, Health and Tourism, Saudi Customs and Immigration, the Saudi Border Guard, Jeddah Chambers of Commerce and many more such organizations to build Saudi Arabia’s first cruise terminal at Jeddah Islamic Port, and to mobilize the infrastructure, manpower and systems required to host global cruise lines for Saudi Arabia’s first full summer and winter cruise seasons. The remit of Cruise Saudi; to create 50,000 jobs by 2025, to facilitate the building of an additional five ports, with Jeddah as a homeport, and to welcome 1.5 million annual passenger visits by 2028; is an ambitious one, which will play a major part in strengthening the tourism industry in Saudi Arabia. It is a vision that we would not be able to accomplish were it not for our trusted business partners such as MSC,” said Robinson.

MSC Foundation, the private non-profit organization for MSC Group and the Ba’a Foundation, the non-profit organization in Saudi Arabia, also announced that they will work together to promote coral conservation and overall safeguarding of the region’s marine ecosystems. The partnership will aim to further the scientific understanding of the best practices for the functional restoration of coral reefs and to increase the area of reef habitat actively restored. The collaboration will initially focus on specific locations of the Caribbean and Red Sea where restoration efforts are most needed.

Cruise Vaccination Exemptions – Will You Get Denied?

if you need in bottom, do here by selecting post details bottom

How to Kick Back and Relax in St. Kitts

LNG-fueled Mardi Gras refuels for the first time at Port...

What month will Cruises be fully up and running?